The splendid mural decoration had an exceptionally powerful influence upon the worshipers. The numerous iconographic cycles and scenes presented almost all the topics from the Old and New Testaments. Thus the walls of the church were actually a special book whose illustrations developed, in the Christian population, the notion of a lifestyle corresponding to the recommendations of the Church. The mural paintings in the church were made by leading icon-painters and their teams from the most famous workshops on the Balkan Peninsular.

They were commissioned to do the job as a result of the personal recommendations of several Tarnovo Bishops governing the eparchy during 17th century – Gabriel I, Makarios, Dionisie II, Partenios IV. 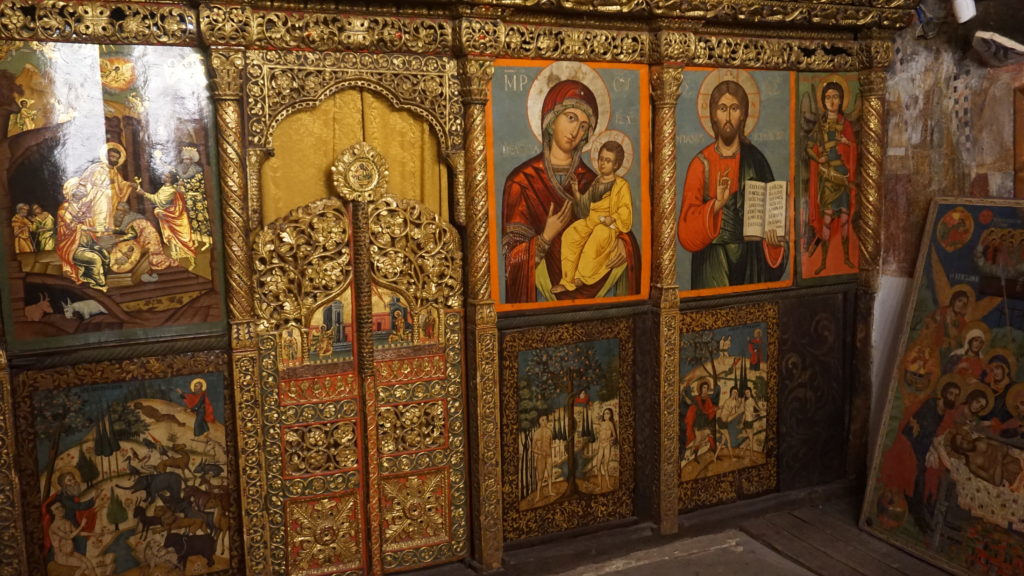 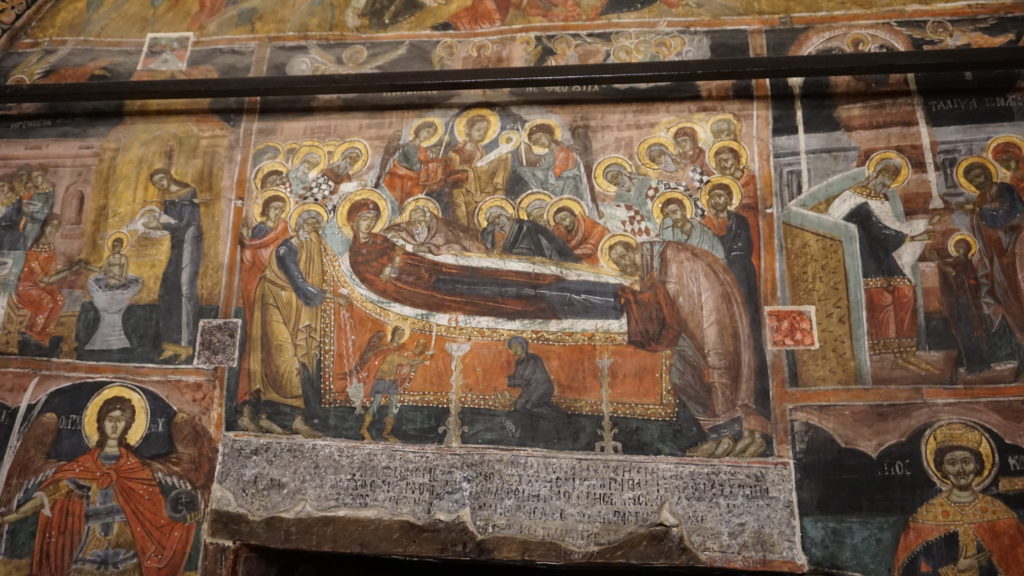 A considerable amount of the funding for the construction and icon-painting of the church were raised by the inhabitants of the village. Their noble deed was celebrated in seventeen donor inscriptions with their names – Zoto, Stoyan, Keratsa, Niko, Tano, Hristo, Dimitre. The images of the most generous among them were depicted in two donor portraits. The one of them was of the Arbanassian notable by the name of Stoyko donating resources for the icon-painting of the chapel to St. John the Forerunner. The other one bears the images of Hadji Georgi and his son – donating resources for the icon-painting of the gallery.

The Nativity Church is subject to worship by people coming from places near and far from Arbanassi. Especially on Holy and Great Saturday, the day before Easter, many Christians believing in Divine healing gathered in the church. Numerous notes in the church books read that during the funeral service for Christ the stone throne covered in water drops. The worshipers gathered these drops and took them to their native places to heal their relatives. Alongside this they spread the word about the incredible Nativity Church in Arbanassi. 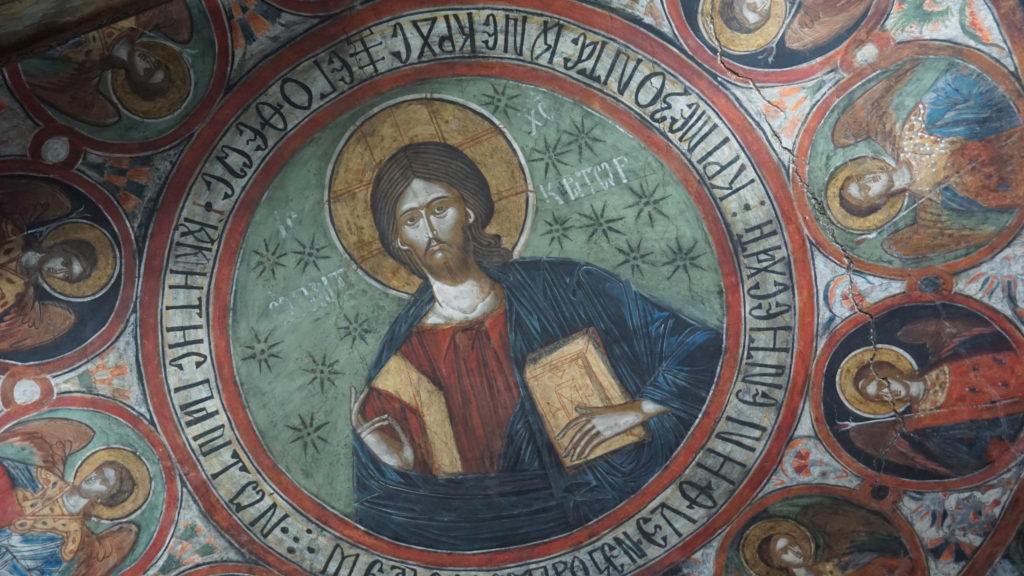